Listen up world. KYC is costing us billions.

Marriott International, one of the largest hotel chains in the world revealed that the names, email addresses, passport numbers and payment card details of up to 500 million guests has been compromised. 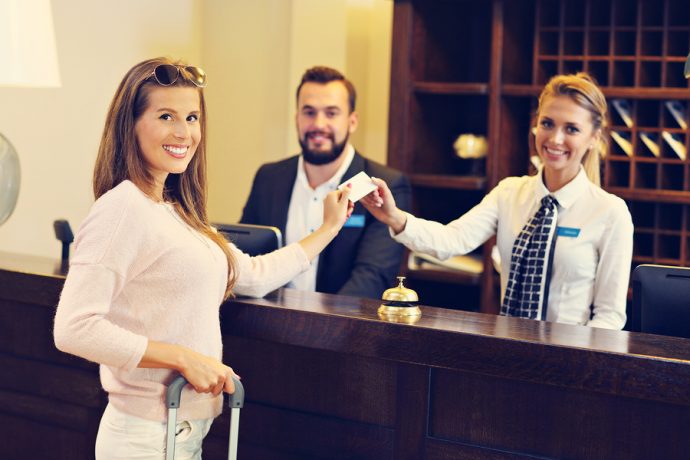 Next time you use your credit card plus any part of your personal identity (ID) to book a hotel or make a payment, any payment, take a moment to ponder the ramifications of this act.

Aside from the very real costs of more than $500 billion we pay the banks and card companies for the convenience credit cards, due to a fundamental requirement to know to whom credit is being extended, we are creating the ideal vehicle for identity theft. Identity theft is one of the fastest growing most profitable crimes in the world.

Ask yourself, would you rather see a fraudulent $200 processed on your card by a criminal or see your identity stolen?  A US Department of Justice study reported the average cost of identity recovery (2014) was $1,343 per victim.  Remember it is not only the direct financial fraud perpetuated with stolen identities but it is also the legal fees, overdraft charges and the time and cost of replacement of your stolen identity credentials.  Javelin research indicated in 2016 over 6% of consumers experienced losses due to identity theft. Hidden costs of ID theft   We collectively suffer more than 100 billion dollars in losses due to ID theft each year. This is money you and I pay each year so it may surprise you that a root cause of identity theft is an over reliance upon Know-Your-Customer (KYC).  At the outset KYC may have seemed a logical way to prevent money laundering,  before social media hacks like Cambridge Analytica or State sponsored cyber hacking but for certain  KYC has become an enabler of Identity Theft and its wide spread use should be questioned in our mobile internet age.

Ayodo Foundation and Yodo Inc. believe a better less costly approach, just as effective in preventing money laundering and terrorist financing, would be to Know-Your-Merchant (KYM). Technologies now exist to positively identify both every customer and every merchant to any payment transaction without the arcane and silly practice of KYC, where we voluntarily submit our names, addresses , dates of birth, social insurance number and even passport numbers to merchants. Ayodo and Yodo Inc. our for-profit payment arm, subscribe to best industry practices for security and authentication without KYC.  We believe fundamentally that your identity, from your date of birth to your biometric identifiers, belongs to you alone and as individuals we all need a society and global governance to better  protect this information. Arcane rules and regulations for the financial service industry do exactly the opposite.  KYC only aids criminal organizations by forcing us to expose our identities to these organizations through mismanagement (e.g. Marriott, Target etc) who are then only too willing to exploit the compromised information. Victims of identity theft express not only anger and rage (65%) but fear (69%) in the lack of security of their financial instruments and sleep disruption (40%).   Don’t we have enough to worry about without regulatory imposed rules which actually enhance the risk of ID theft?  If we were not forced to provide personal information to use financial services like bank accounts or payment cards, than the information could never be compromised.  A good example of what we should be doing to regain control of our identities is the Self Sovereign Identity (SSI) movement in Europe now being adopted by several enlightened banks. Let’s recognize the problem and move beyond KYC towards KYM and SSI for a less worrisome troubling payment industry.

KYM Know-Your-Merchant.  Merchants are known, often of fixed physical address, trusted by local consumers,  have business licenses and most often incorporated and with bank accounts. KYM is enough. Stop the practice of KYC!